Since the publication of the English version of the book in 2018 has the world undergone dramatic changes, which underlines the relevance of the global perspective and the principal contradiction of the world system as tools to understand these changes and develop strategies for resistance.

Neoliberal globalized capitalism has been in problems since the financial crises in 2007-8 and its transnational government institutions have been eroded by conservative and right-wing nationalism. In the Global South, neoliberalism has also triggered nationalism, varying from different forms of right and left-wing populism to “Socialism with Chinese Characteristics”. However, in January 2020 the Covid-19 pandemic suddenly sets the agenda.

For decades, scientists have warned about a possible “zoonotic spillover”—the process by which a virus can leap to humans from another species. Besides Covid-19 other recent diseases such as HIV/AIDS, Ebola, SARS, MERS, and Zika all originated in animals. The risk of spillover is heightened due to deforestation and urbanization, which bring wild animals into closer contact with human populations. Modern livestock industries, which cram thousands of animals into confined spaces, are perfect breeding grounds for pathogens that can jump to humans. There is a connection between the emergence of pandemics and the way capitalism relates to nature. Covid-19 will pass. However, what will be the next pandemic? It will surely come if we continue to farm as we do now.

The Pandemic disclosed shallowness and weakening of the globalized governess structure. As the pandemic developed, each nation tried to get its hands on protection equipment and vaccine for it selves, regardless of the needs of others.

The contradictions between transnational capital and nationalism

Neoliberalism gave capitalism thirty golden years; however, beneath the surface resistance was growing. The political crisis of neoliberalism has divided both the working class and capital, between those who want to return to more nation-based capitalism and those who wish to continue with neoliberal globalization. Some of the world’s largest companies—such as Apple, Google, Amazon, Microsoft, and the electronics and car industry—want neoliberal globalization to continue. They have established transnational production chains, logistics networks, and international organizations, which cannot be easily rolled back.

Nationalist forces, on the other hand, want a stronger state, as a bulwark against the consequences of global neoliberalism. Although trade unions and the labor movement, in general, had been weakened by decades of neoliberalism, it had a weapon left: parliamentary democracy. While a host of supranational institutions had been created during the neoliberal era, the parliaments of the nation-state remained the basic political entity and framework for political decision-making. The pressure on wage levels, the erosion of the welfare state, immigration, and “integration problems” created a desire for a return to the strong nation-state. Nationalists have won government power, often in alliance with national-conservative sections of the capital. In power, they seek to break down the supranational institutions built up in the heyday of neoliberalism. We thus have a situation where large parts of the production apparatus—and, as a consequence, economic power—lie within transnational companies, while political power is increasingly reinforcing more nation-based capitalism. This is a huge problem for the future development of the capitalist mode of production.

The contradiction between neoliberalism and different forms of nationalism was expressed politically in the United States by the election of Donald Trump, in the EU by Boris Johnson and Brexit, in France by political forces represented by Marine Le Pen, in Italy by Matteo Salvini, in Hungary by Viktor Orbán, in Australia by Scott Morrison and in Germany by Alternative for Germany. The class base for a more nationalist capitalism is found in the “old” industrial working and lower middle class, people whose jobs have been outsourced and whose welfare benefits are at risk. These groups feel let down by the social-democratic parties’ concessions to neoliberalism and are attracted to nationalist-populist parties.

Thirty years of neoliberalism also changed the balance of power within the world-system. US hegemony, which was initially reinforced by the collapse of the Soviet Union and the opening of China for investment and trade, is now challenged. The industrialization of the Global South, primarily China, shifted the center of gravity of industrial production from the Global North to the South. China has become a vital link in the global productions-chains.

The US had hoped that global neoliberalism would have the same effect on China, as on the former Soviet Union, dissolving the Communist party, and establishing a pro-Western capitalist regime, however, the Chinese encounter with neoliberalism progressed very differently from the rest of the world. China was able to maintain its national project despite its opening up to the capitalist world market

While neoliberal shock therapy devastated the economy of the former Soviet Union, leading to a huge decline in production and public health, the Chinese government used the wave of neoliberal globalization to develop its productive forces and maintain a high growth rate. In the “Kung-fu style”, China used the forces of the global capital offensive against itself. By keeping the political power over the “commanding heights” of its economy, China managed to break the historical polarizing tendency, of global capitalism. The decline of US hegemony and the rise of China as an economic and political world power has changed the game from economic competition to territorial rivalry.

From economic competition to rivalry

We are thus in a period of growing tensions in the contradiction between neoliberal globalization and the nation-state. The old traditional political parties are desperately trying to overcome the split between neoliberal capital’s demands for continued globalization and the demand of a large part of the electorate for a stronger nation-state—a very difficult task. Left-wing populist parties in Europe have had some success by taking up old social democratic positions. However, it is just as difficult for them as it was for the social democrats to implement a Keynesian control of the national economy, in a world where decades of neoliberalism have blunted the traditional economic tools of the nation-state. The right-wing nationalist currents seek to write a new social contract between workers and capital. Unlike the compromise between social democrats and the capital, however, this new compromise is based on an alliance with national conservative sections of the capital and thus on a more authoritarian state. This authoritarian state is also legitimized by the increasing military rivalry in the world system. As a spillover from this new nationalist constellation, direct territorial control, and military force are taking on a renewed importance within imperialism, as compared to market forces, which were the main instrument used to achieve economic dominance under neoliberalism. There is a rise huge rise in military budgets worldwide. NATO is strengthened, Europa is firmly under US command again and a new alliance ANKUS, directed against China is formed. Even former liberal economics are turned into weapons in the form of economic sanctions, blockades, and trade wars. Huge parts of the world, including China, Russia, Iran, Cuba Venezuela, and to a certain extent excluded from the world market. We are entering a new period with cold and hot proxy wars and the threat of nuclear war

In addition, to this, there is an evolving global economic crisis. The pandemic is not the cause; it merely has exacerbated the problems of the 2007-8 financial crash. The “medicine” given by governments at the time was not a cure, but merely a life-prolonging analgesic. The Corona aid packages to get capitalism safe through the lockdowns have meant that the world’s total debt is at an astronomical $300 trillion corresponding to approximately 370% of the global gross domestic product. ? A debt that is not matched by a growth of the “real economy”, referring to the production of goods and services, which on the contrary has shrunk during the pandemic. The cash flow is created by letting the banknote press run and issuing government bonds. The huge debt bubble risks bursting into an explosion that will paralyze the world economy.

The developing economic crises and the intensified nationalist rivalry enforce each other in a spiral of political and military confrontation, which again is devastating to attempts to solve or even soften the climate problems. The economic, political, and ecological crises melt together into a dramatic endgame for the capitalist mode of production. Both the threat of nuclear war and natural disasters makes it dangerous for humanity and planet earth.

A war between the dominant world powers can very well become the principal contradiction. On the one hand, nuclear weapons are essentially defensive weapons; the risk of retaliation, with huge consequences, is high and therefore reduces the likelihood of interstate nuclear wars. On the other hand, the actual use of nuclear weapons is in the hands of individuals and they are not always rational. The struggle for peace, when the ruling class calls for war, is of decisive importance and may have a revolutionary perspective.

We should not be afraid of the crisis and it is not our task to solve the problems of capitalism – it is not possible. The structural crisis of capitalism is the objective condition for radical change. Our task – as the subjective forces – is to avoid the collapse of capitalism into brutal chaos, and instead work for a transformation of the system into a more democratic and equal world order, in balance with nature.

In this dangerous and chaotic period, the conditions of the struggle and political alliance can change quickly. We must be prepared to adjust our organizations, strategy, and methods of struggle swiftly to stay on the right track. For this, we need the global perspective and the principal contradiction as tools for analysis from which we can develop a strategy that can tell us what to do – what our practice should be tomorrow. 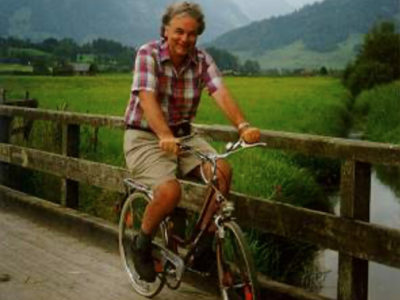 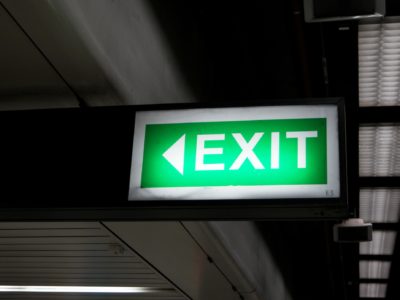 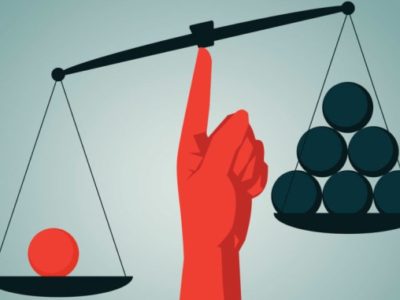 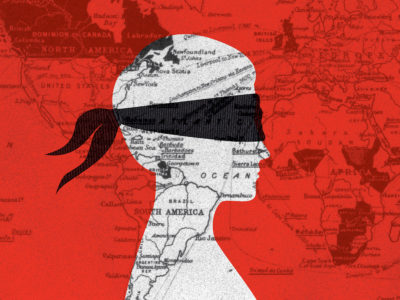 The most bittere fruits of my [book] “Unequal Exchange” were the negative conclusions regarding the ...
By Arghiri Emmanuel
11 January 2021 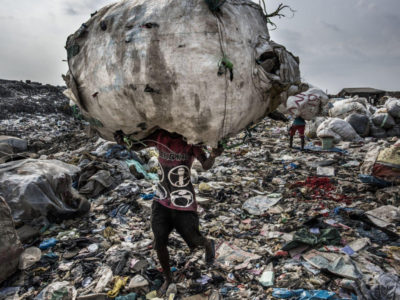 The problem of destruction of the environment, contrary to what is shown in the corporate ...
By Anti-Imperialist Network
4 December 2020 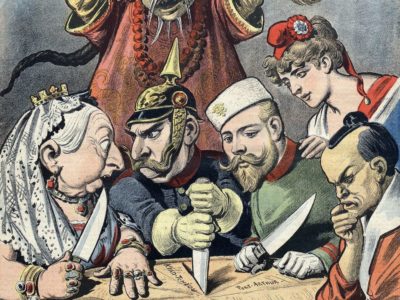 What is imperialism and why is it important to have a precise definition? Let’s stop ...
By Anti-Imperialist Network
4 November 2020 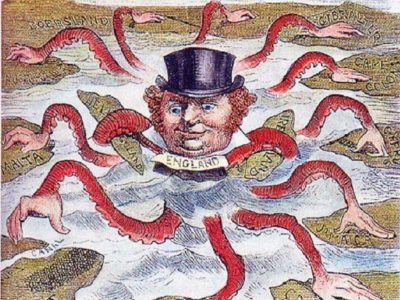 Towards A Transnational Anti-Systemic Movement Against Imperialism

With this text, we want to re-examine the established forms of struggle for a better ...
By Anti-Imperialist Network
3 November 2020
0 %